Intel® Stratix® 10 MX devices integrate HBM2 memory next to the core fabric. The interconnect between the core fabric and memory is significantly shorter, which reduces the amount of power traditionally spent driving long PCB traces. The traces are unterminated and there is reduced capacitive loading, which results in lower I/O current consumption. The net result is lower system power and optimum performance per watt.

Factor and Ease of Use

SiP integration using EMIB, enables the highest interconnect density between FPGA and the companion die. This arrangement results in high bandwidth connectivity between the SiP components.

Companion die (such as memory) are placed as close as possible to the FPGA. The interconnect traces between the FPGA and the companion die are thus very short and do not need as much power to drive them, resulting in lower overall power and optimum performance/watt.

The ability to heterogeneously integrate components in a single package results in smaller form factors. Customers save valuable board space, reduce board layers, and overall bill of material (BOM) cost.

SiP helps reduce routing complexity at the PCB level because the components are already integrated within the package.

SiP enhances the ability to incorporate different die geometries and silicon technologies. The net result is a highly flexible, scalable solution that is easy to use. 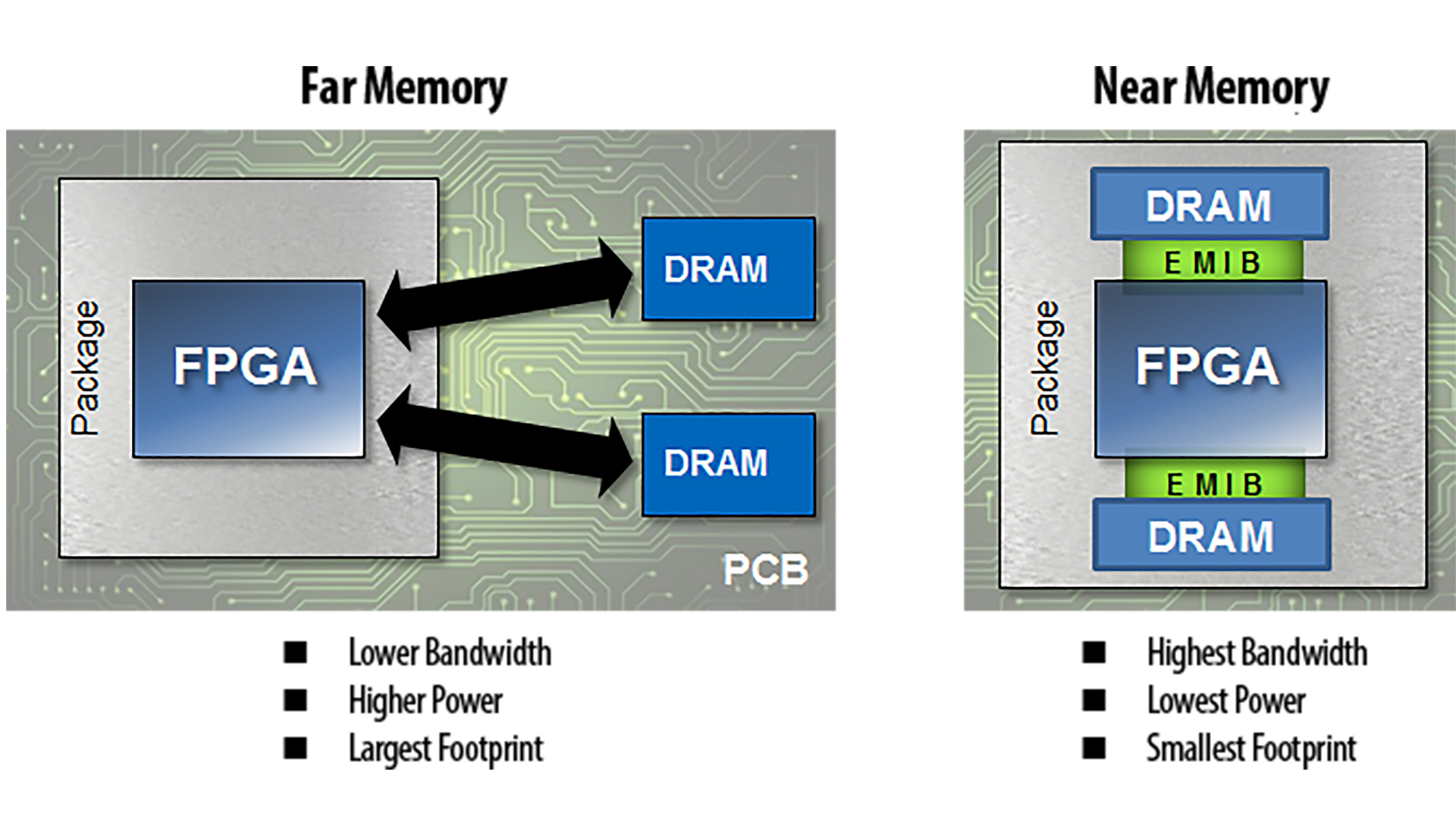 FPGAs with Near Memory in Package

Intel's near memory solutions integrate high-density DRAM close to the FPGA, within the same package. In this configuration, the in-package memory is accessible significantly faster, up to 10X higher bandwidth when compared to traditional main memory. A near-memory configuration also reduces system power by reducing traces between the FPGA and memory, while also reducing board area.

Achieving the Highest Levels of Integration

Get information about hardware solutions and tools offered by Intel to accelerate the design process.